Former Navy shipyard worker (shipbuilder) John Ross built ships for 15 years before coming to find out that he had inhaled asbestos fibers that formed the deadly mesothelioma lung cancer in his lungs.

Mr. Ross lived and worked in Mississippi but has now traveled to Houston for cancer treatment; accompanied by his son John Ross Jr. and daughter Dorothy.

The family says they have spent tens of thousands of dollars for his treatment and checkup costs as well as the 700 mile, 11 hour journey to Houston.

Mr. Ross was diagnosed with Asbestosis in the early 1980s; Asbestosis is a disease that scars the lungs due to fluid buildup (pleural effusions) and causes breathing problems as well as excessive cough.

One of the worst symptoms that Mr. Ross faced was heart-attack like chest pains that then lead the doctors to accurately diagnose mesothelioma.

Towards the left is an image of a shipbuilder constructor working on the roof of a ship. Shipbuilders commonly worked around the boiler rooms, valves, pumps, gaskets, welding blankets, plumbing insulation or electrical insulation.

Mr. Ross’s symptoms began in 1996 when he felt random crush feelings in his chest. These chest pains occured irrespective of what he was doing, they occured even whilst he was sleeping.

The time intervals for these chest pains was very random; sometimes he wouldn’t feel them for 3 months or more and all of a sudden they would appear.

Mr. Ross quotes, “I was just an ordinary guy, no other sickness, no nothing at all in my life. And then this thing here (mesothelioma) comes along, and here I was. I didn’t know what was happening to me. I kept having (what I thought were) heart attacks.”

Mr. Ross went to several hospitals and visited many different doctors, although no one could diagnose any disease; some thought he was even pretending or acting!

His doctors told his wife, Dorothy Ross that they could do nothing for him, except to make him feel comfortable.

One and a half years later, Mr. Ross was diagnosed with Pleural mesothelioma at the age of 76 at the M. D. Anderson Cancer Center, where he then enrolled in a clinical trial.

The clinical trial was specifically for the study of a process known as extrapleural pneumonectomy.

Extrapleural pneumonectomy is a type of surgery where a diseased part of a lung, pericardium (membrane covering the heart), diaphragm (muscle between the lungs and the abdomen) or part of the parietal pleura (membrane lining the chest) is carefully removed from that area of the body with precise radiation tools.

High dose of radiation helps surgeons direct their surgical equipment to the exact extent and location of malignant tumors and helps them remove any damaged areas of the lungs.

In the case of Mr. John Ross, he began 25 treatments of Intensity Modulated Radiotherapy (IMRT).

Intensity-modulated radiation therapy (IMRT) is an advanced mode of high-precision radiotherapy that uses computer-controlled x-ray accelerators to send precise radiation doses to malignant tumors or specific areas of tumors within the lungs.

IMRT has the ability to deliver high dose of radiation to damaged cells and let the good healthy cells free of radiation.

Side effects of these treatments have been hard for Mr. Ross. Some of the side effects include loss of hearing as well as occasional pains.

Through this painful period in his lifetime, Mr. John Ross always likes to keep a positive attitude, enjoys going on sailboats & fishing and follows up with his doctors periodically. He says smilingly, “I’m a miracle man.” 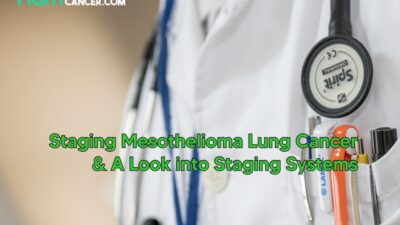 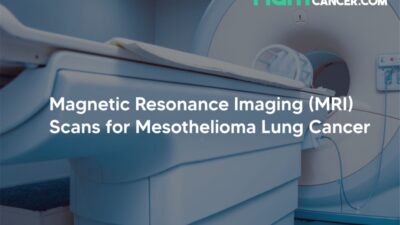 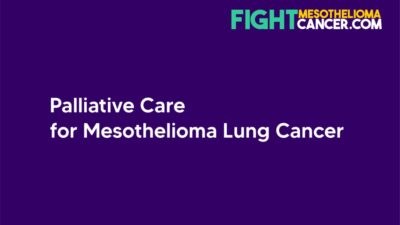 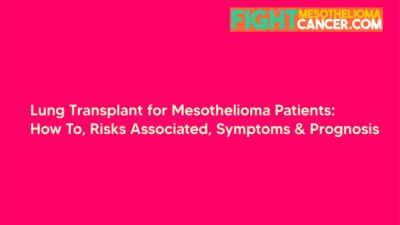 This article will explain about Lung Transplant for Mesothelioma. Lung transplants become a necessary survival…