Welding is a fabrication process that joins construction materials such as metals or thermoplastics by using the process of Coalescence (Coalescence is the term used to describe the process by which two or more particles merge into 1).

Workpieces that are to be joined are melted and a filler material is added to form pools of molten materials that cool down to create strong joints.

And due to the strong demand for metal joined parts in America, welders are employed in many different industries including aerospace, automotive, shipbuilding & manufacturing industries.

The type of duties that welders perform depends on their speciality, for example those in the automotive industry are responsible for tasks such as fine-tuning automated assembly systems while those in the aerospace industry are responsible for functions such as repairing overhauled exhaust parts, shrouds, and other hardware. This makes welders particularly vulnerable to asbestos exposure in all work environments.

Welders are particularly vulnerable to asbestos exposure because of the tools and hardware they use in their jobs.

For example, for many years until the 1980s, manufacturers denied the fact that they used asbestos containing materials on welding rods. Research generated in the early 80’s proves that welding rods comprised of thin materials comprised of from 5 to 15 percent asbestos fibers.

As welding rods came into friction with the welding torch flame, small asbestos fibers evaporated into the air as dust through the extreme heat.

At this point, welders are at an extreme danger of inhaling asbestos fibers in their lungs. Other job functions that welders performed and that put them at risk of asbestos exposure is installing and repairing pipe systems.

In the decades prior to the 1970s, asbestos was commonly used on pipes as insulation against extreme heat and to minimize damage if a fire erupted.

When welders repaired these asbestos containing pipes using torch and their rods, the excess heat and the light from the torch would break down particles from the pipe which would then release asbestos fibers into the atmosphere.

The image on the left is of a welder releasing toxic metal fumes from his welding rod. Thanks to the extreme heat coming into contact with this welding rod, asbestos fibers could easily evaporate into the atmosphere, although this could be avoided with proper ventilation systems.

Everytime the welder wore these gloves and came into contact with flames & heat, there was a chance of asbestos fibers dissipitating into the air and the welders inhaling them into their lungs.

Although welders could have taken precausions to protect themselves from inhaling asbestos fibers by wearing equipment such as welding helmets, goggles, safety glasses, ratcheting headgear, etc, thousands of welders were unknowingly exposed to asbestos fibers because manufacturers of welding tools did not specify the health related risks of asbestos exposure in their product documentation.

Although asbestos has been banned from being put on welding products, many welders continue to die from asbestosis or mesothelioma lung cancer.

It was easy for welders to inhale these substances, because they were not aware of the health risks associated with such substances, nor did they wear protective gear.

The image below is a classic example where the person in the grey shirt is emitting heat from his welding rod, and is probably and unknowingly inhaling asbestos fibers.

Notice the welder is not wearing any protective mask or gasket, only welding gloves. 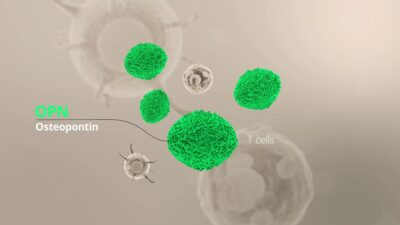 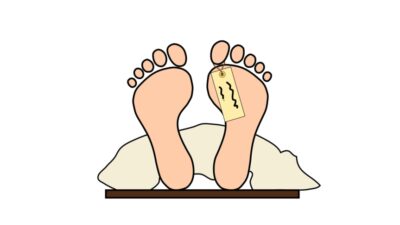 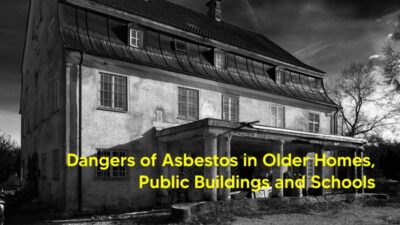 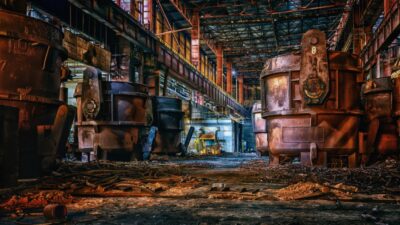 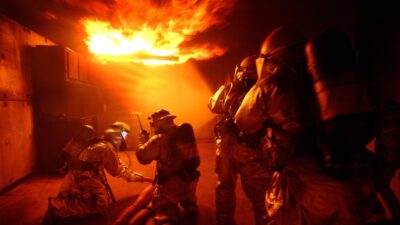 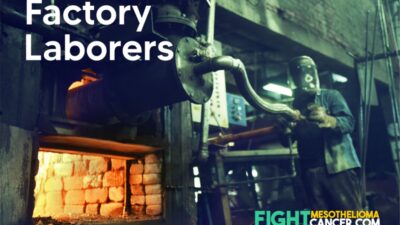